Project Red was my first full scale games project. This student project was the first time I’d worked in a multidisciplinary team, and at the time, the longest project I’d ever worked on. 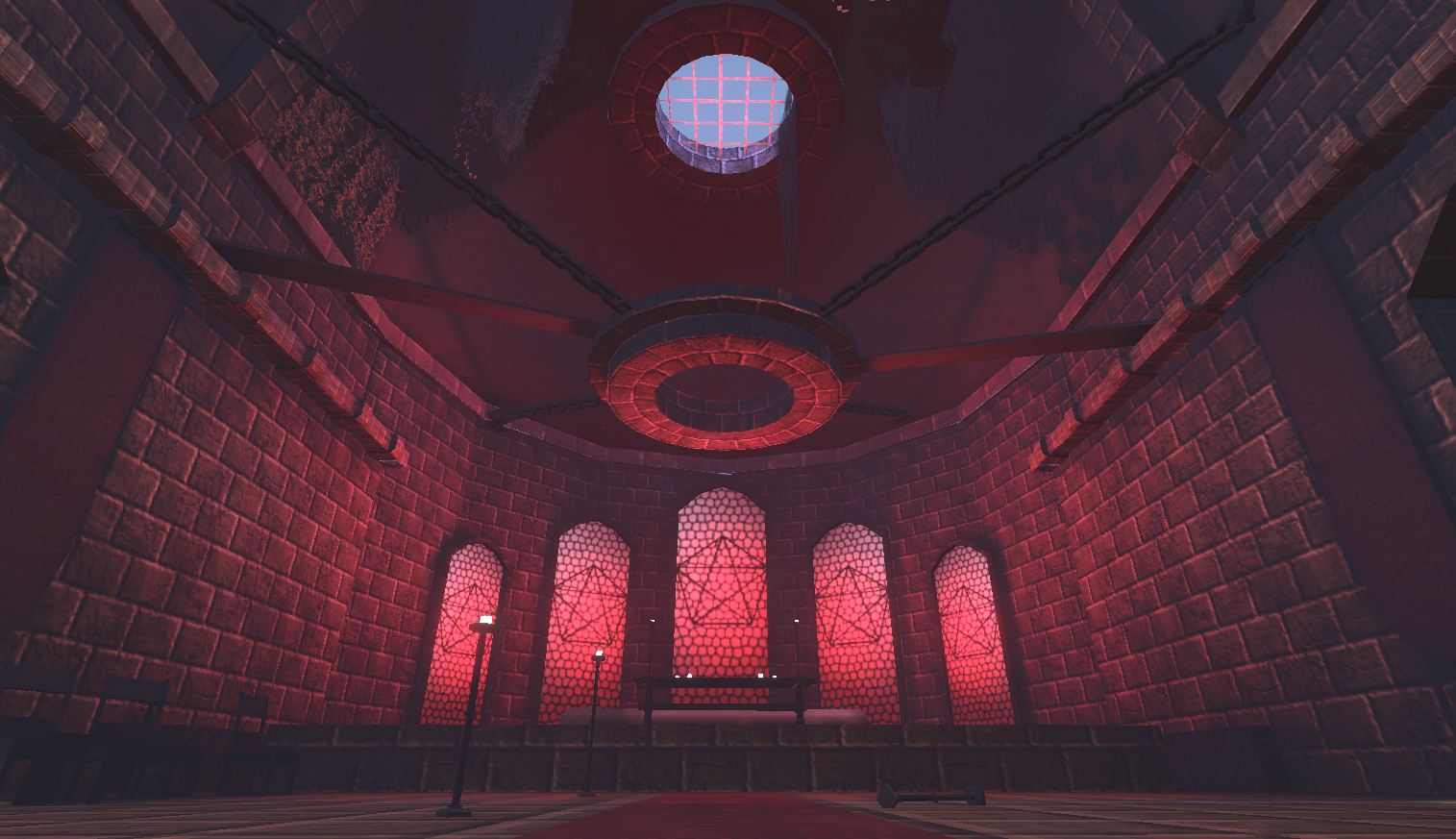 The game itself is an arena based first person shooter. The player needs to fight through waves of enemies, using their movement abilities to dodge bullets, and scour the map for ammo and health pickups. 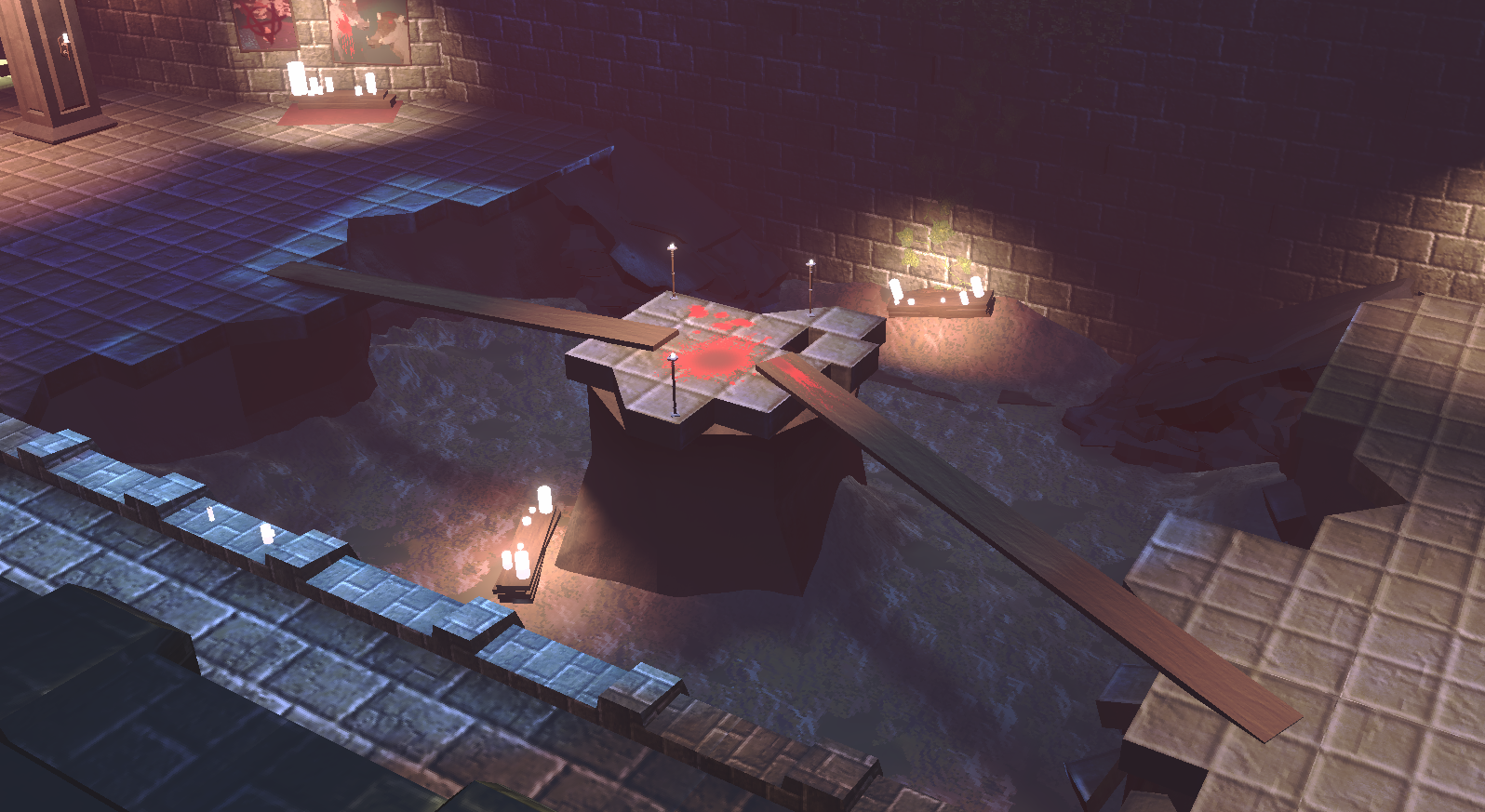 I was the sole designer and producer on this project, being responsible for all the games design, scheduling and testing. Over the course of the project, I was responsible for: 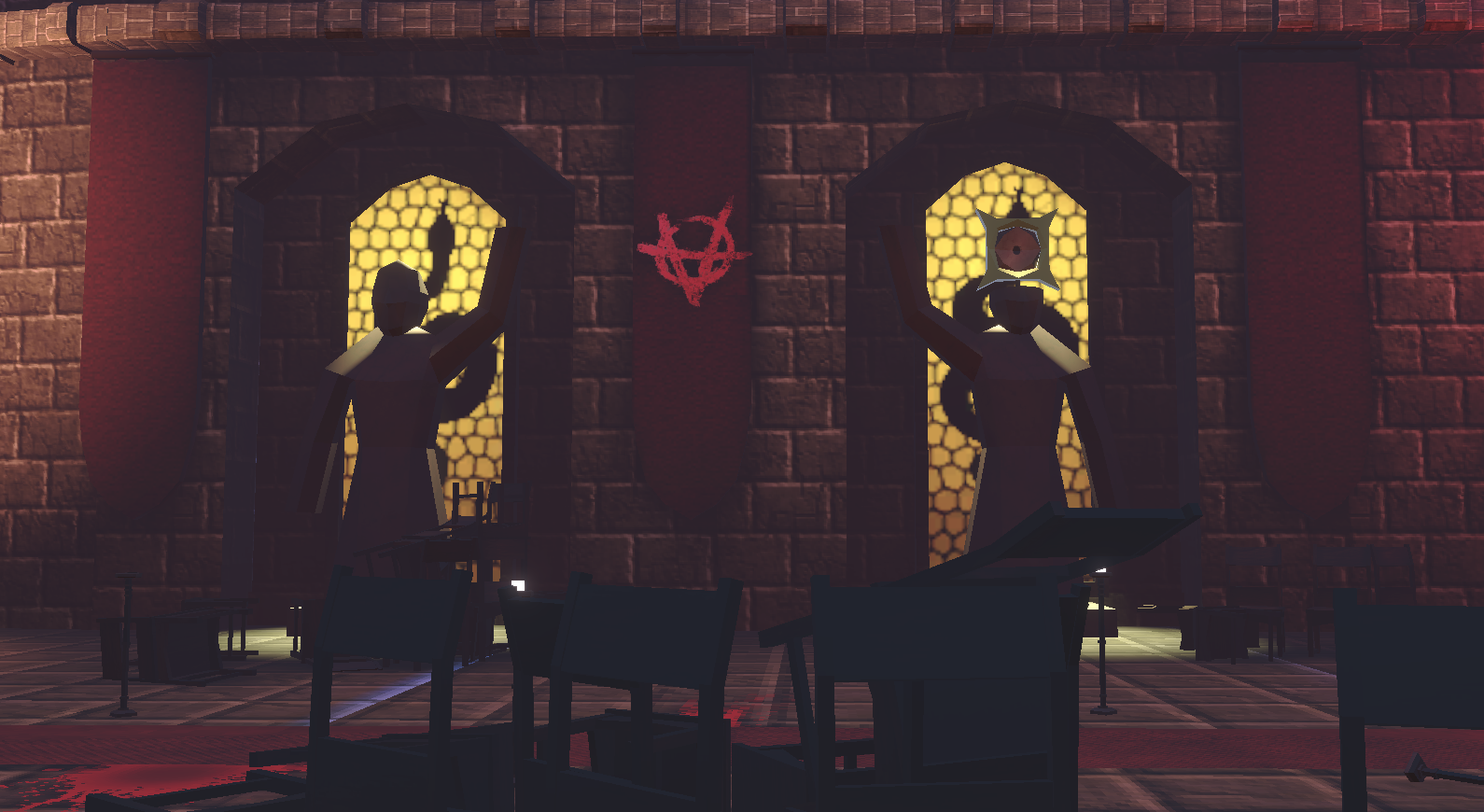 There’s still quite a few things I would change if I had to build this game again. The main one is that I would set out to create a small, polished experience over a vast, rough one from the very beginning. The scope of the project was far too wide when we first began, and the process of cutting the project down was an eye opening experience. I would also begin testing much sooner, to ensure that there was time to balance the game into something that is fun more often than it is frustrating.

Project Red was a really rich learning experience for me. This project helped me gain a huge amount of insight into how games are actually built, and what it’s like to work in a diverse, creative team. Taking on the roll of producer and designer also taught me a lot about scoping a project, and designing balanced experiences. Overall, Project Red was a great learning experience, and still one of the projects I feel I learnt the most from. 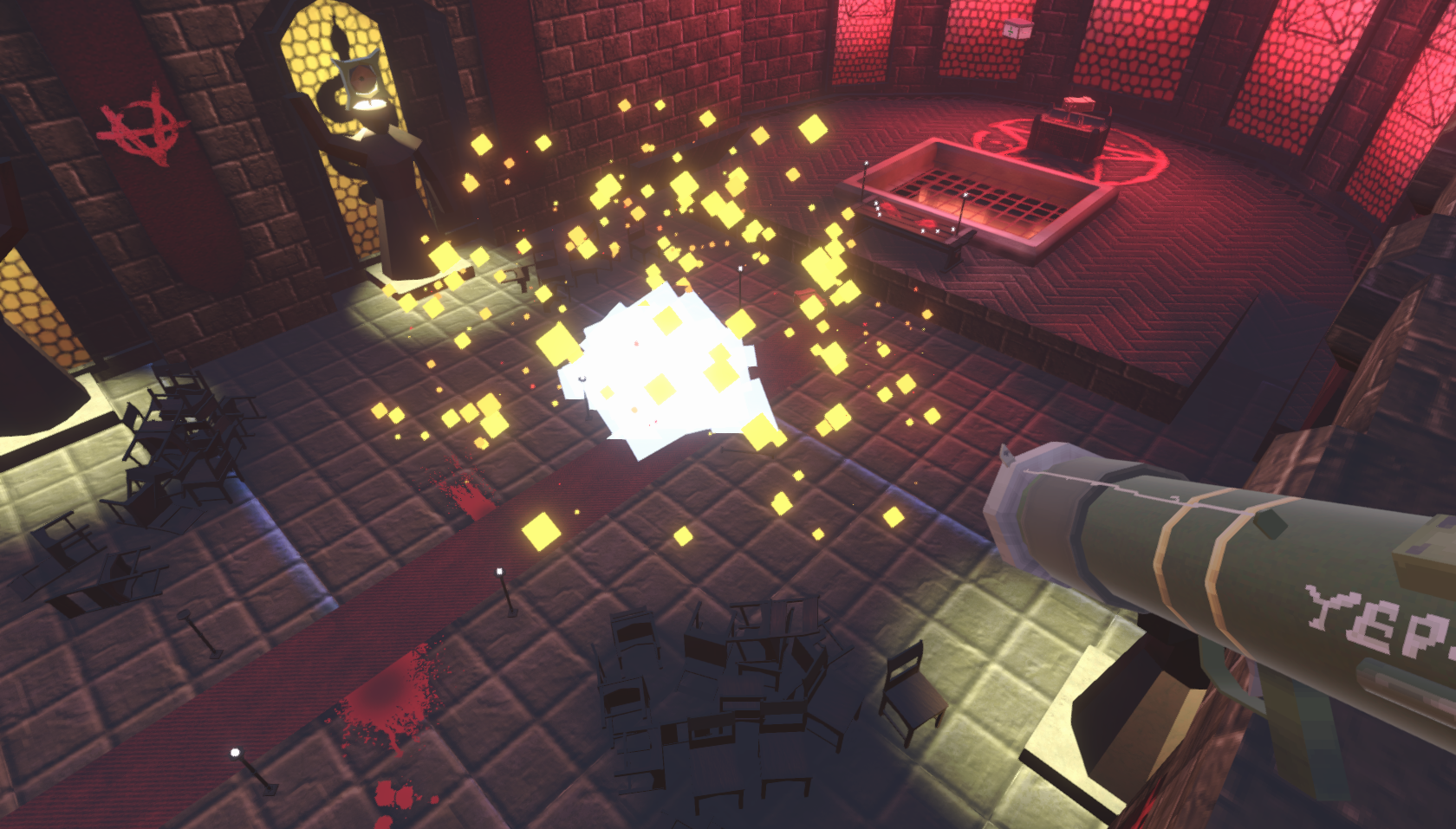 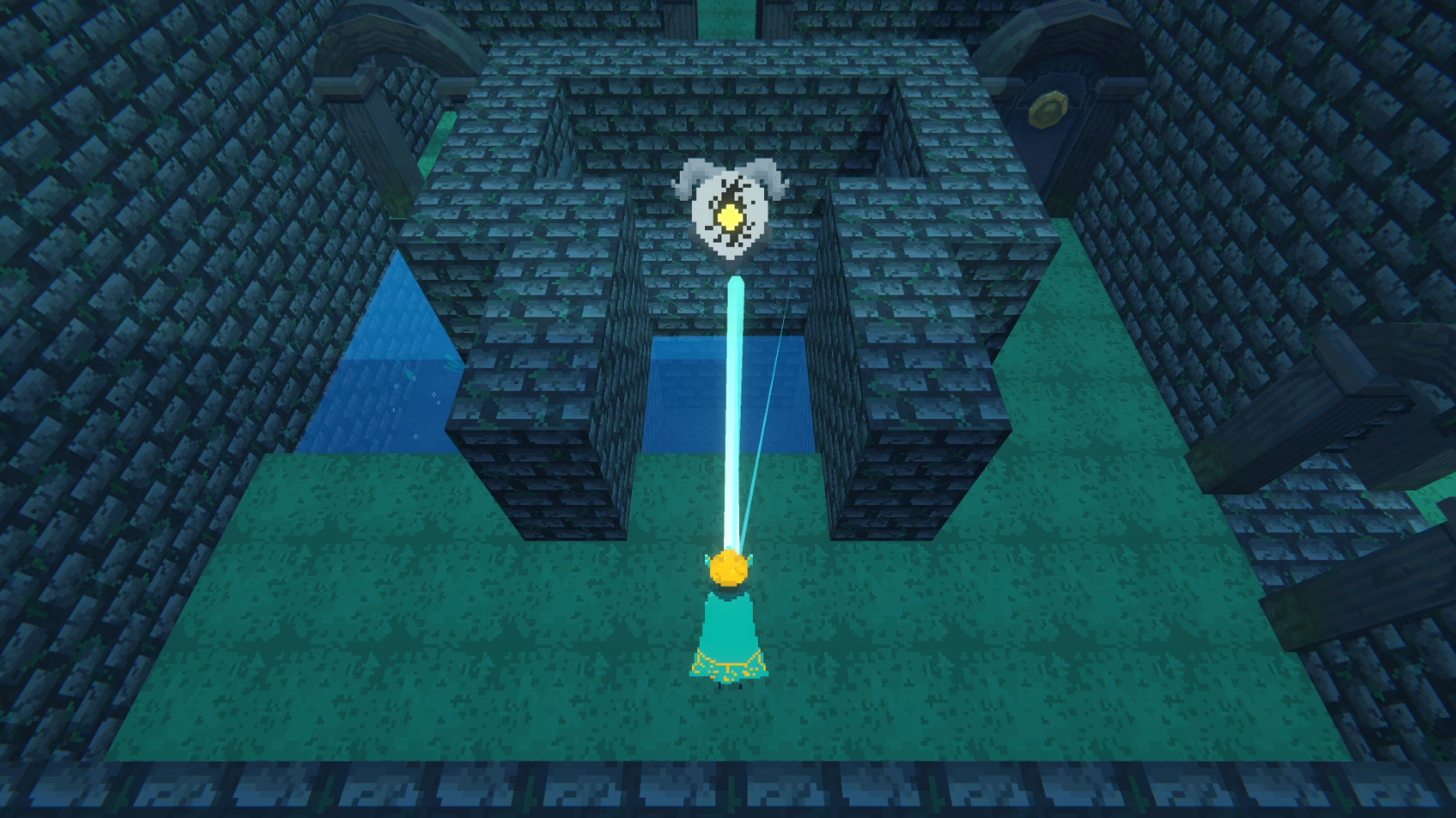 The game itself is a top down puzzle game where the player uses a bouncing ball to solve puzzles. This ball bounces twice before being destroyed, and can interact with different enemies and objects in the environment. Players need to make careful use of positioning, and angle their shots just right in order to flip switches, hit enemies, and open doors.

I was one of two designers on the project, and over the 48 hours we had to built the game, I was responsible for: 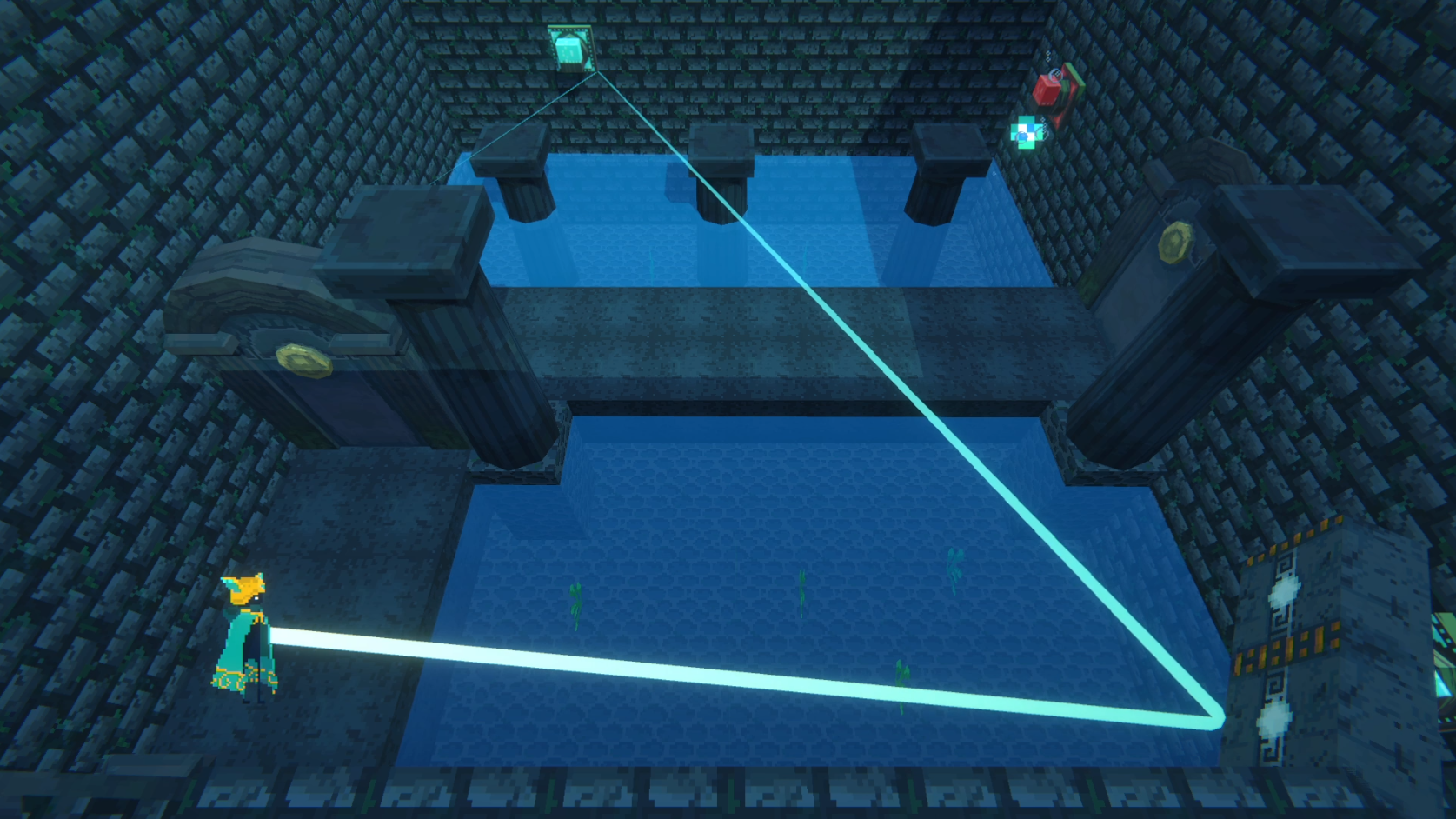 The tight 48 hour deadline forced the team to work quickly, and as such communication and coordination were key. The team brainstormed together, and planned our tasks so that members of all disciplines could work in parallel, and not need to wait for other disciplines before they could finish their own tasks. This led to some issues with version control conflicts, and some elements of the game being less polished than they could have been, but it did also allow the team to create a very large amount of content in a very small amount of time.

In the future however, I’d seek to focus on a smaller, more polished experience over a large one that feels much less cohesive. Lessons for the future. 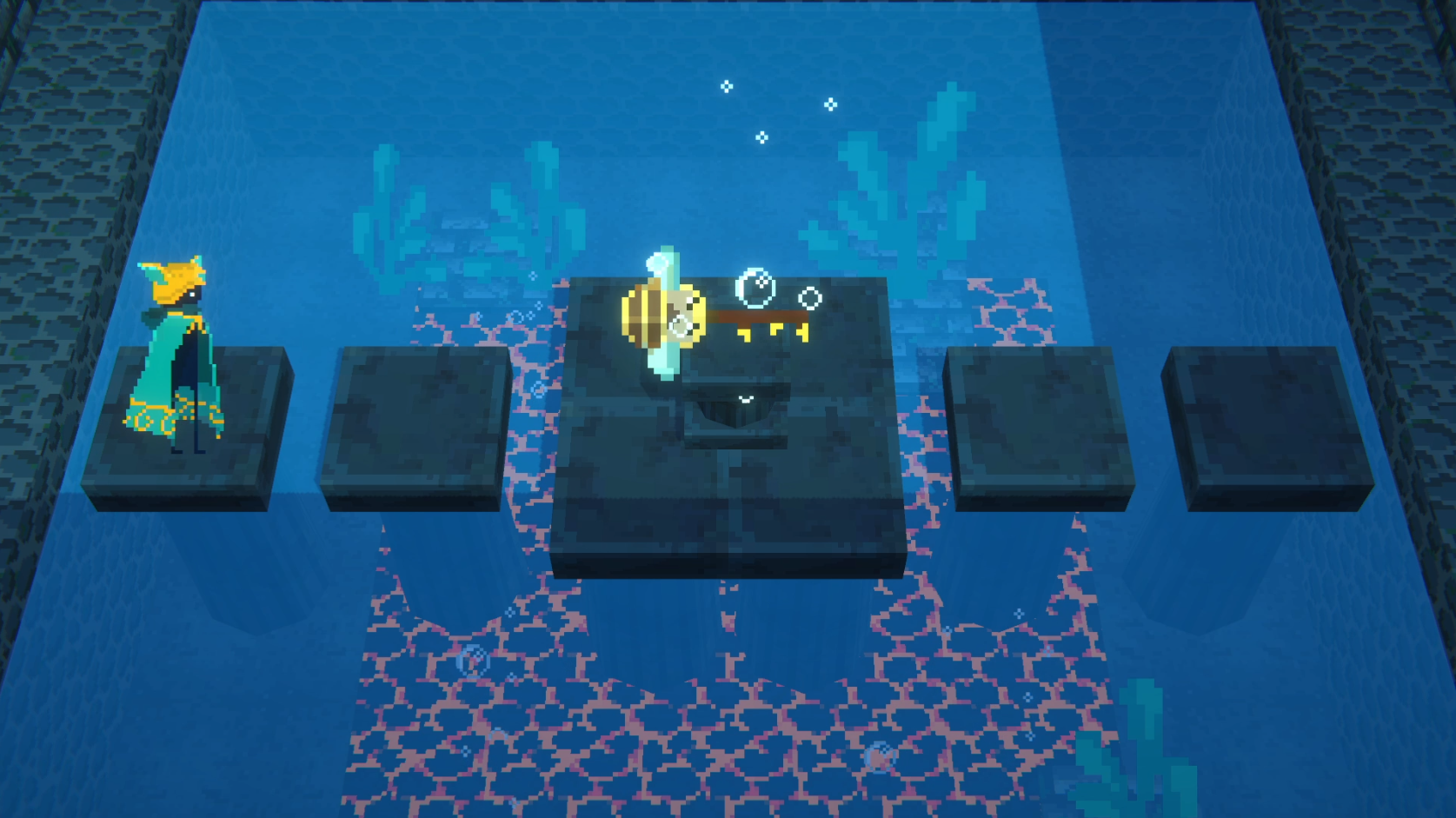 I had a lot of fun on this project, and it was really interesting to see how much of a game a team could build in such a  short amount of time. However again, quality would have been far better than quantity. The team was able to build a huge number of levels in the time that we had, but it would have been far wiser to spend that time polishing and testing a smaller set of levels.Overall my first game jam was a great experience, and this definitely won’t be my last. 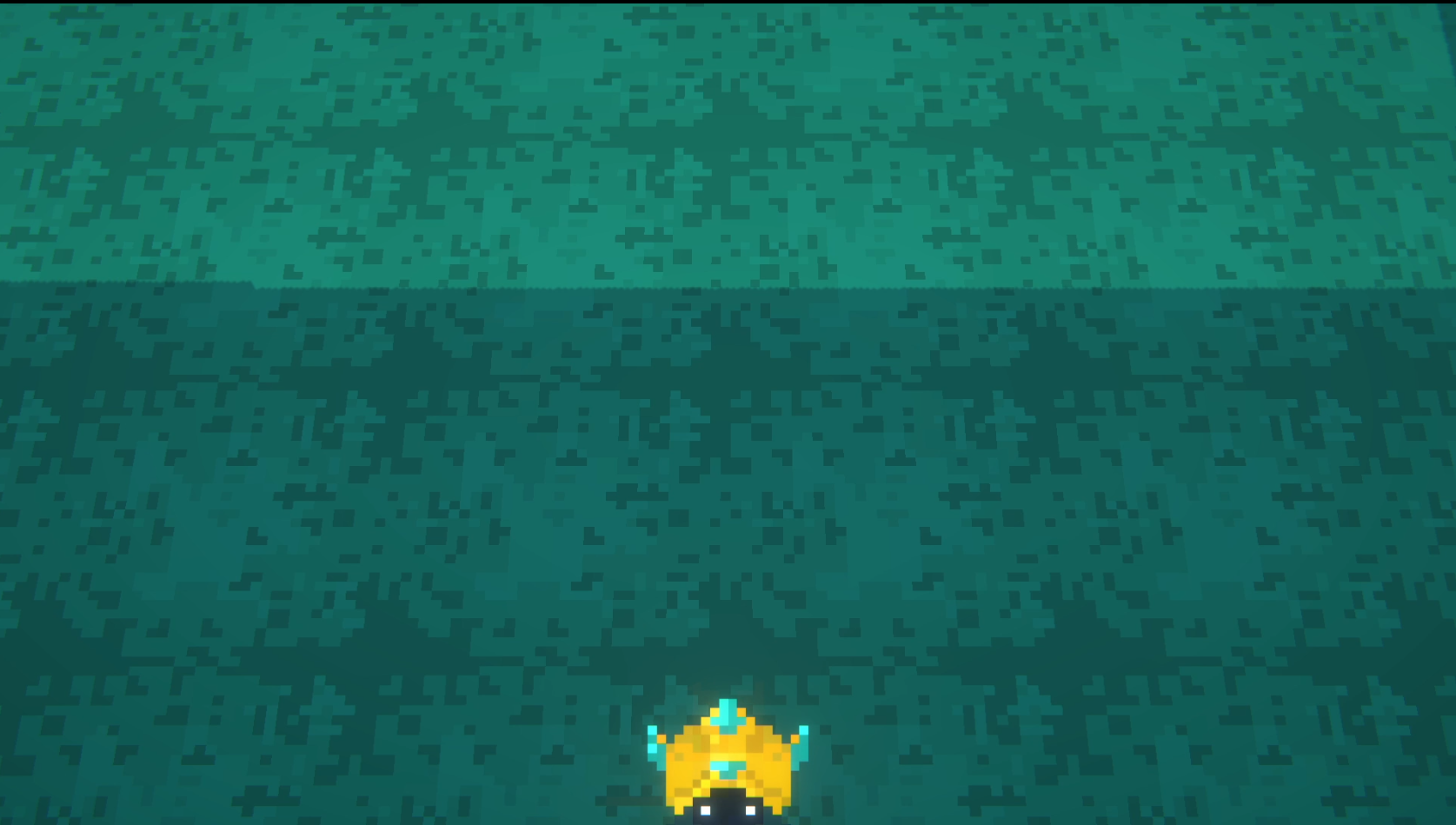 Bathosphere is a VR horror game about repairing a submarine in the middle of a deep, open ocean. Flip levers, hit buttons, and rewire panels, as you try to ignore the creatures you can hear on the far side of the submarine…

Bathosphere was my first foray into virtual reality, and taught me a lot about the limitations and opportunities found in the platform. The project was built for the Oculus Go over a period of 3 weeks, and it was an interesting challenge designing for a VR headset that only has 3 degrees of freedom. 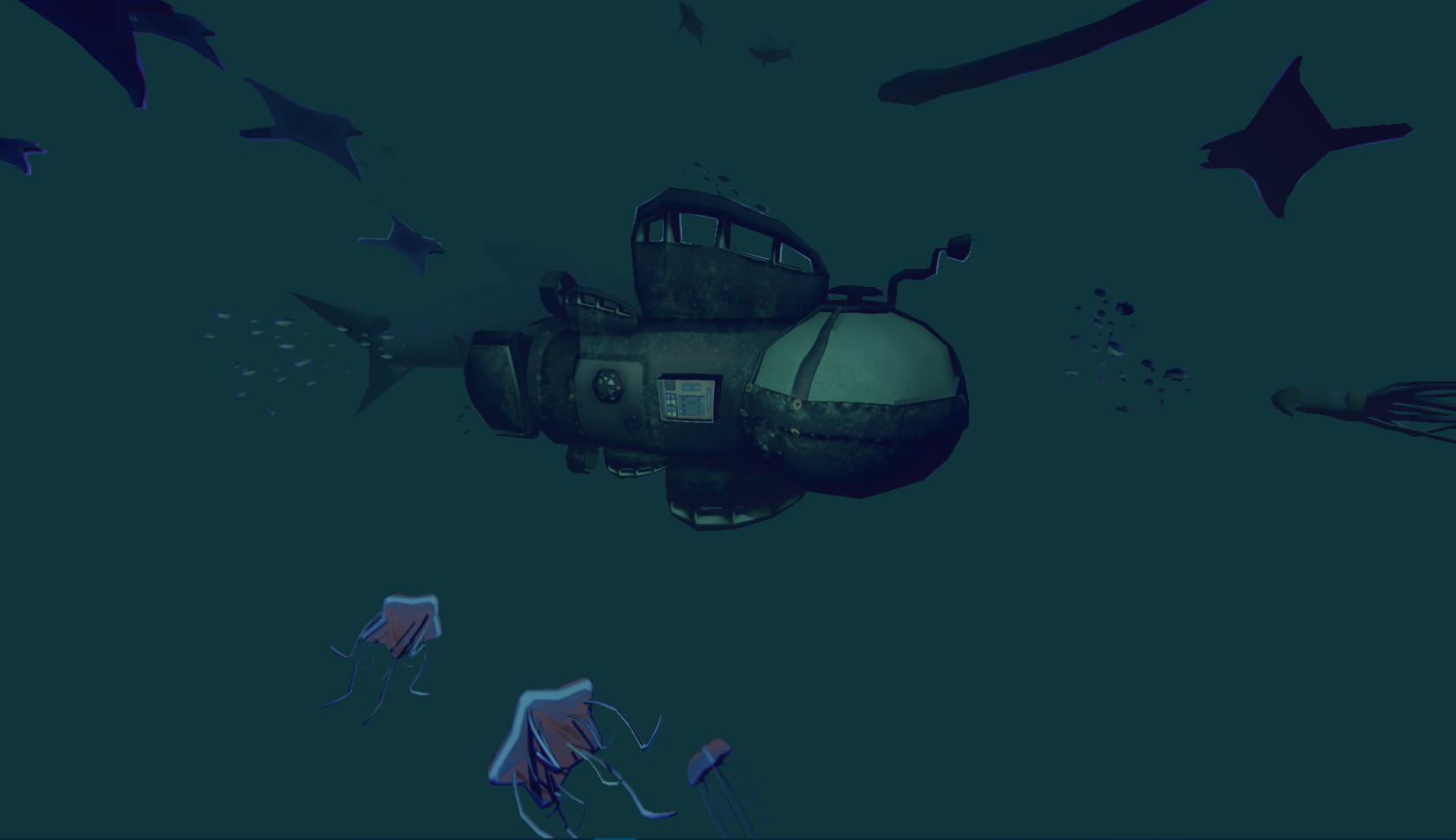 Bathosphere is designed to be a ‘haunted house’ type of experience, where the player is placed in an unsettling space, and witnesses spooks and scares as the game progresses. In this, the player is suited up, and suspended in open ocean in order to repair their damaged submarine. They can interact with the maintenance panel to slowly repair the submarine, and as they do the sealife around them will change. As the sub gets closer to being repaired, the player will begin to hear a distant creature drawing closer and closer towards them.

As one of the designers on this project, my responsibilities over the 3 weeks included:

I was one of the designers on this project, and came up against some really interesting challenges when designing for the Oculus Go. The graphical capabilities of the Go are very low, and the headset only tracks rotation, not position. These limitations guided the design, and lead to us creating an experience that took advantage of the fact the player couldn’t move, and used it to make them feel vulnerable. Our limited polycount budget also pushed us towards delivering a horror experience based on sound and tension, rather than large, scary creatures.

This was also my first time working on a game in a blended environment. Half the team was on site, and the other half was online. I found this transition to be very smooth, and was able to work with online teammates just as well as those that were on site.

This project was an excellent learning experience, and gave me a great amount of insight into the limitations and possibilities of designing and developing for VR. The platform's limitations pushed the team to be innovative, and really take advantage of the things that platform was best at, immersing the player.

Scarlet Is The Night In Which We Break

Scarlet Is The Night In Which We Break was my first ever solo project, and taught me a great deal about art, programming, and abstract design. This game was built over 5 weeks as part of an exercise emulating what it’s like to work for a client or publisher. This involved working within a brief, pitching the project to a client, and regularly meeting with them to ensure the project met their expectations. The brief for this project was to create a game that was experimental in nature. 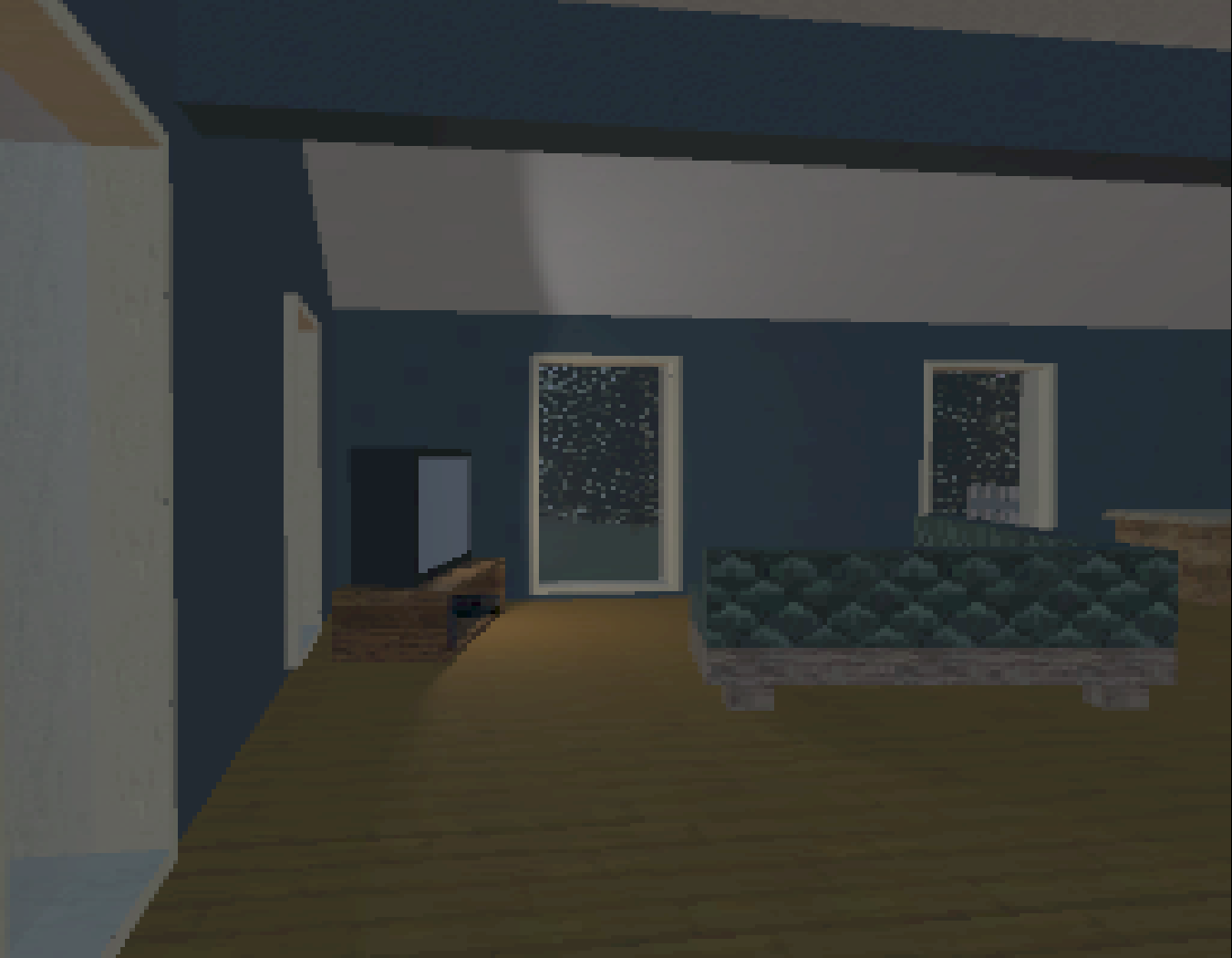 Scarlet Is The Night In Which We Break is a first person exploration game with an abstract and interpretive story. Gameplay involves the player walking around a house, interacting with objects, and flipping between the perspective of two different characters. The game contains virtually no text or dialogue, and instead conveys it’s narrative through the environment, and the way in which the two different characters perceive it. 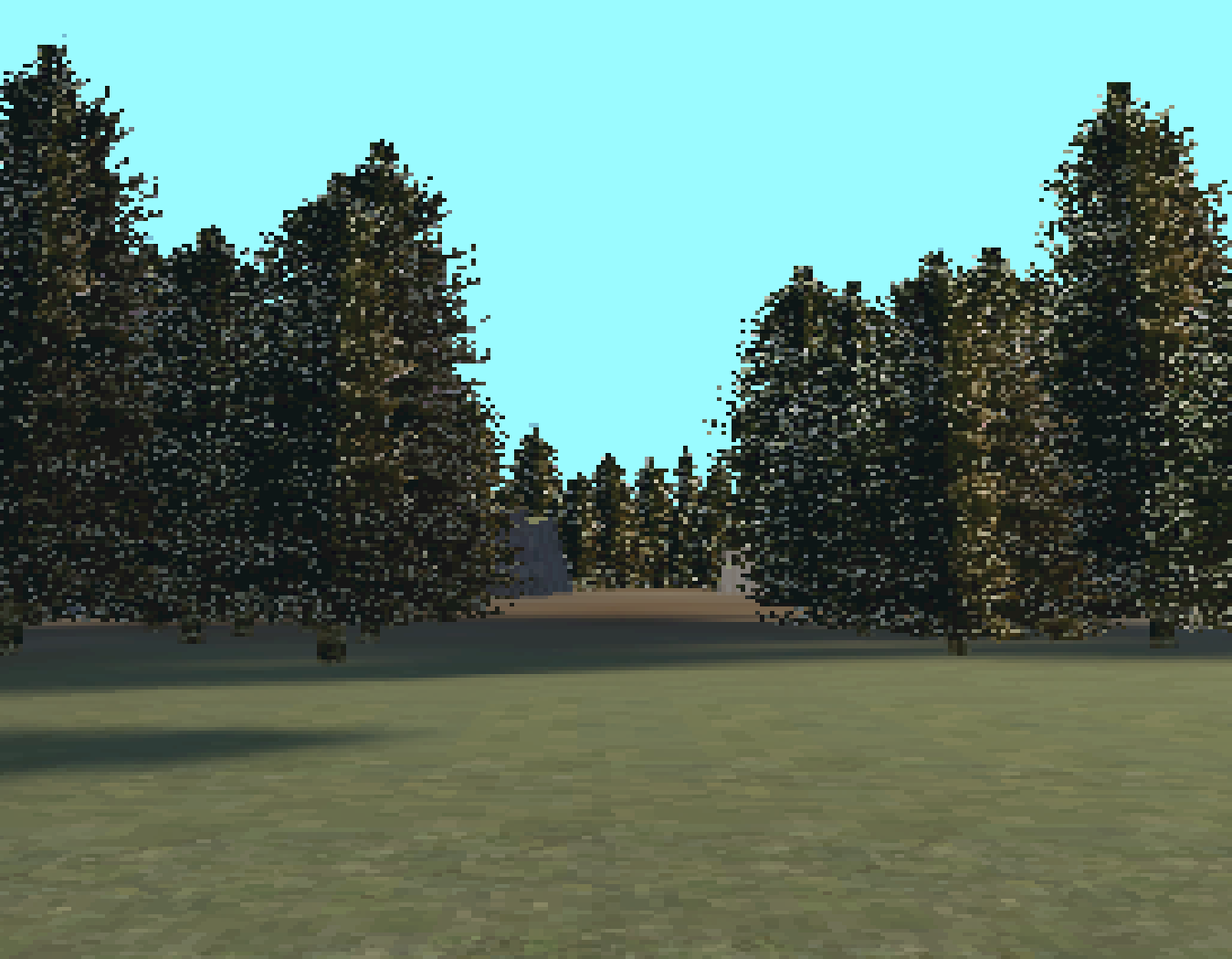 I was the sole developer on this project, and so was responsible for all design, sound, art and programming. Over the 5 weeks of production I: 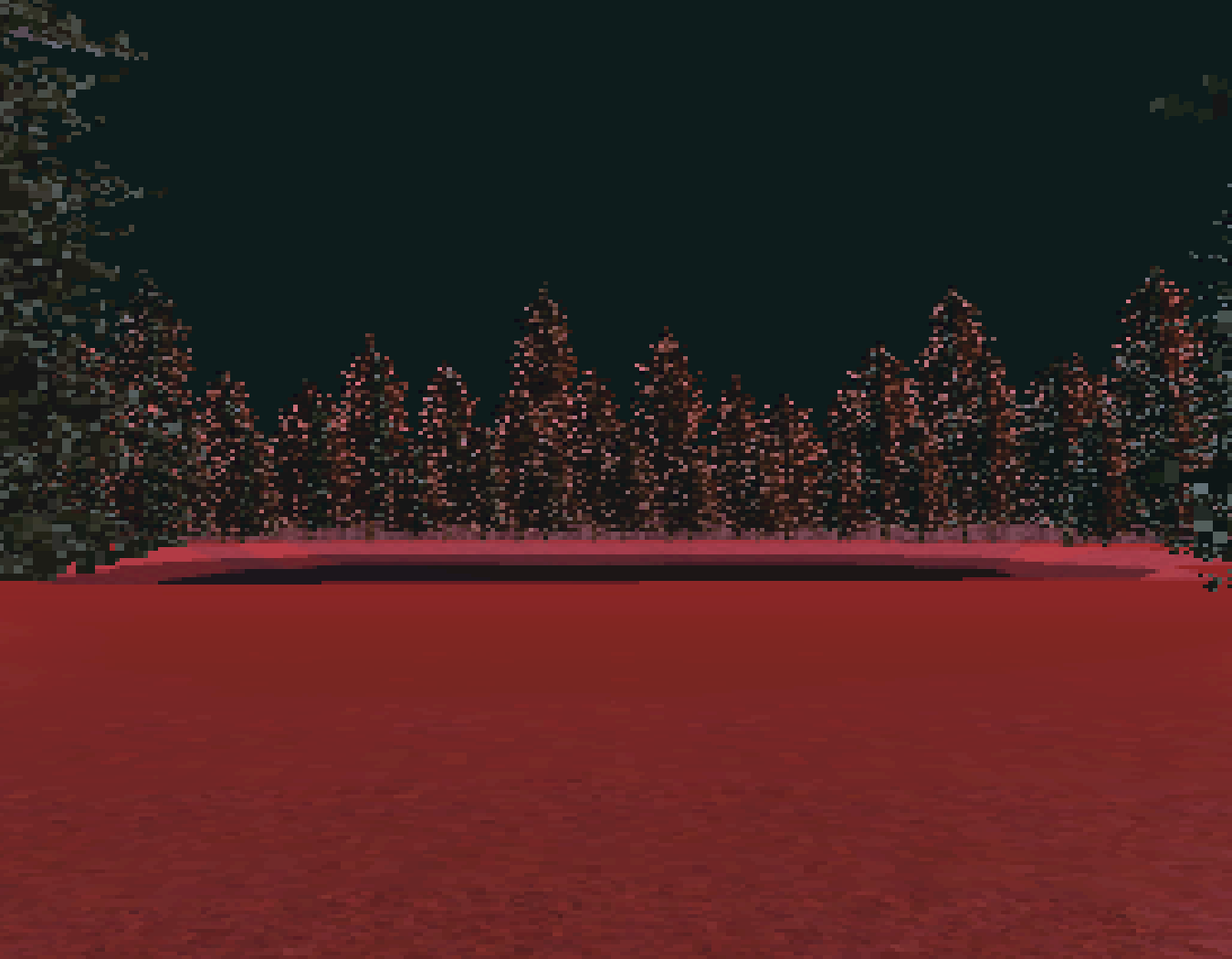 Over the 5 weeks in which I worked on the project, I did a lot of work outside of design, but was able to tackle from the viewpoint of a designer. This meant I was able to build all the game’s systems, aesthetics and sounds with a clear, central goal, making them work together in a clear and cohesive way. It was an interesting experience that taught me a lot about the work people in other disciplines need to do.

Overall, I am really proud of what I was able to create in the time that I had. I feel the final product represents the original design intent very well, and the client was satisfied that the product met their brief, and incorporated their feedback. I also got a great amount of perspective on how long different aspects of game development take, and how much work I’m actually capable of doing on my own.

And finally, one of the most valuable lessons gained from this project was insight into the work done by other disciplines. This has really helped me be able to communicate clearly with team members outside of my discipline, and even facilitate communication between other team members, each of different disciplines. 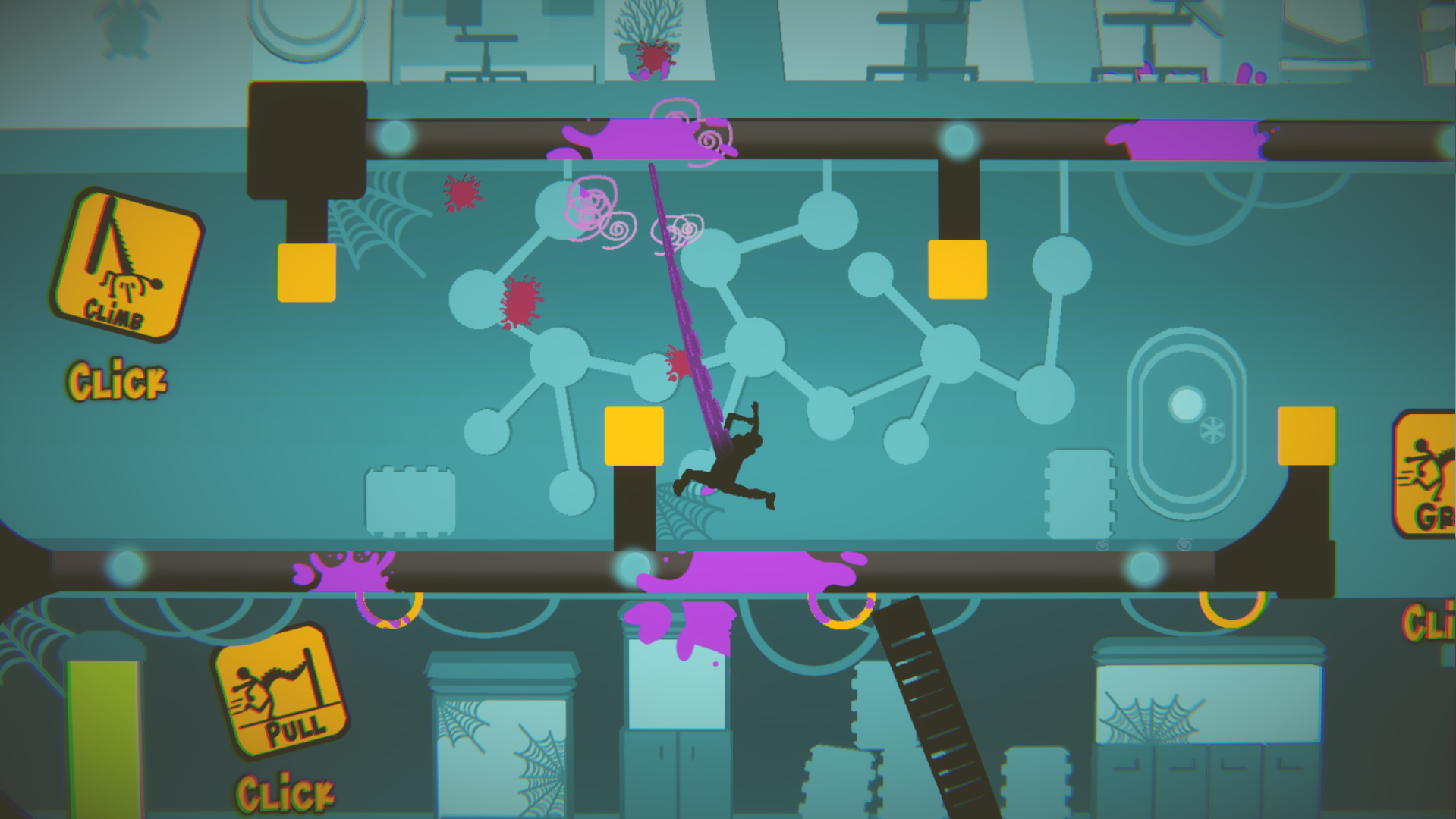 Splatacle is a wacky 2D action platformer where the player can’t use any of their limbs. Instead, they’ve got to make use of their giant tentacle appendage to grapple and bounce around the map, dragging their useless body along as they go

Splatacle is being developed over 15 weeks as part of the final end of year production at the academy of interactive entertainment. This has involved concepting the game, prototyping it, pitching it, and now, developing it. 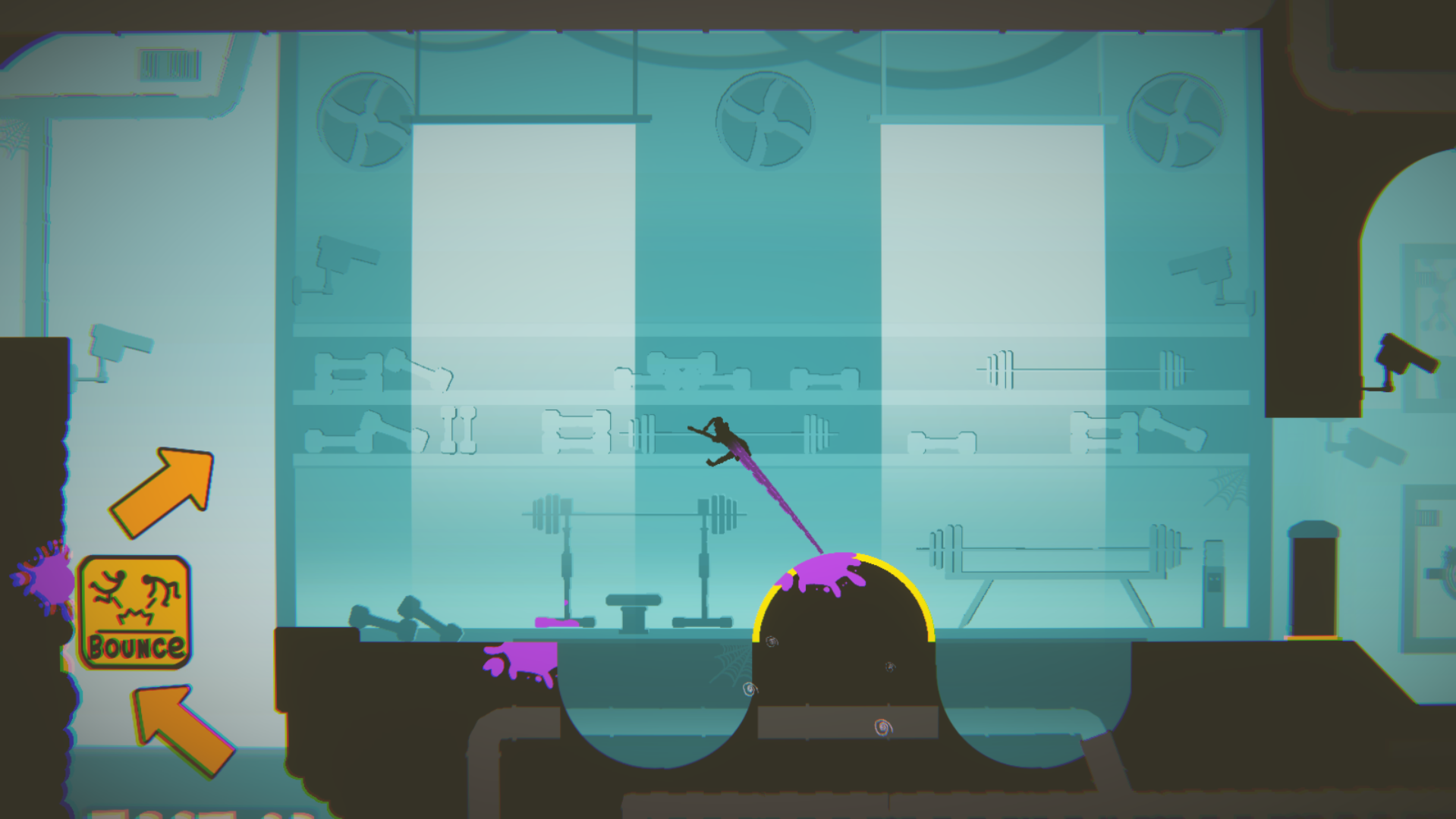 Parasite is a light hearted 2D platformer where the player’s only method of movement is a large tentacle they launch out of their body. This tentacle can be used to latch onto surfaces and swing around, or grab and throw objects. The player must use this tentacle to navigate the game, avoid obstacles, and fight enemies.

I’m acting as a designer and producer on this project. I designed and built several of the game’s levels, and designed the game’s core mechanics. I also acted as producer alongside Ben, which involved scheduling the project, running daily standups, aiding the team in managing our backlog, weekly sprints, and workflows. 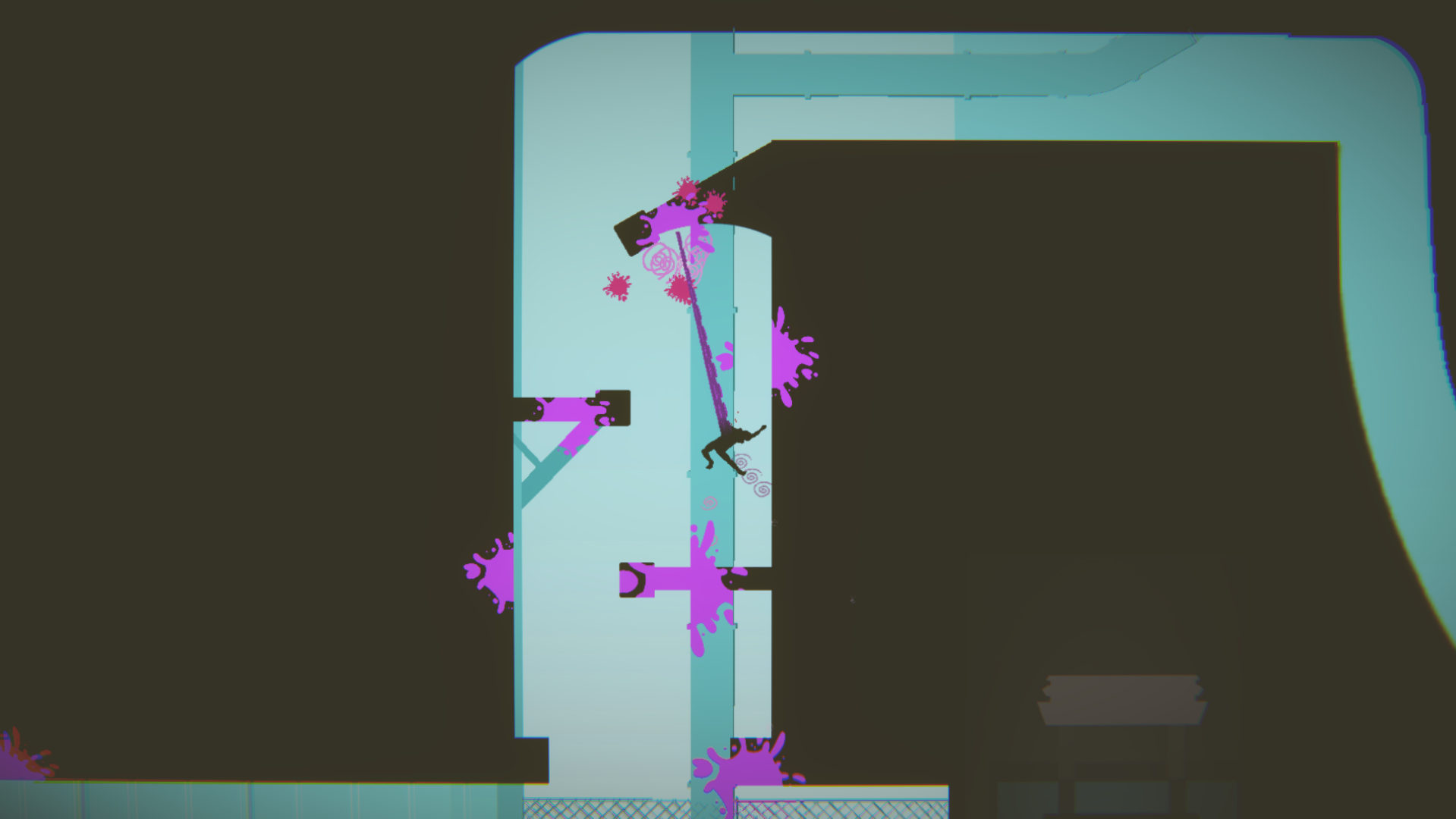 Initially I concepted and pitched the project on my own. I concepted the project, and built a small proof of concept prototype on my own, complete with a lively tentacle and grappling movement. I pitched this concept and it was approved by teachers, progressing the game into the next phase, prototyping.

Me and a team of 4 other students continued work on my small prototype, fleshing it out and nailing down other aspects of the project, like art direction and technical limitations. After this, my small team pitched the game to a panel of industry professionals, who offered some excellent feedback.

It was one of the few projects that was greenlit by the panel, and allowed into the major production, where me and a team of 7 other students are currently working to turn it into a fully fleshed out game. 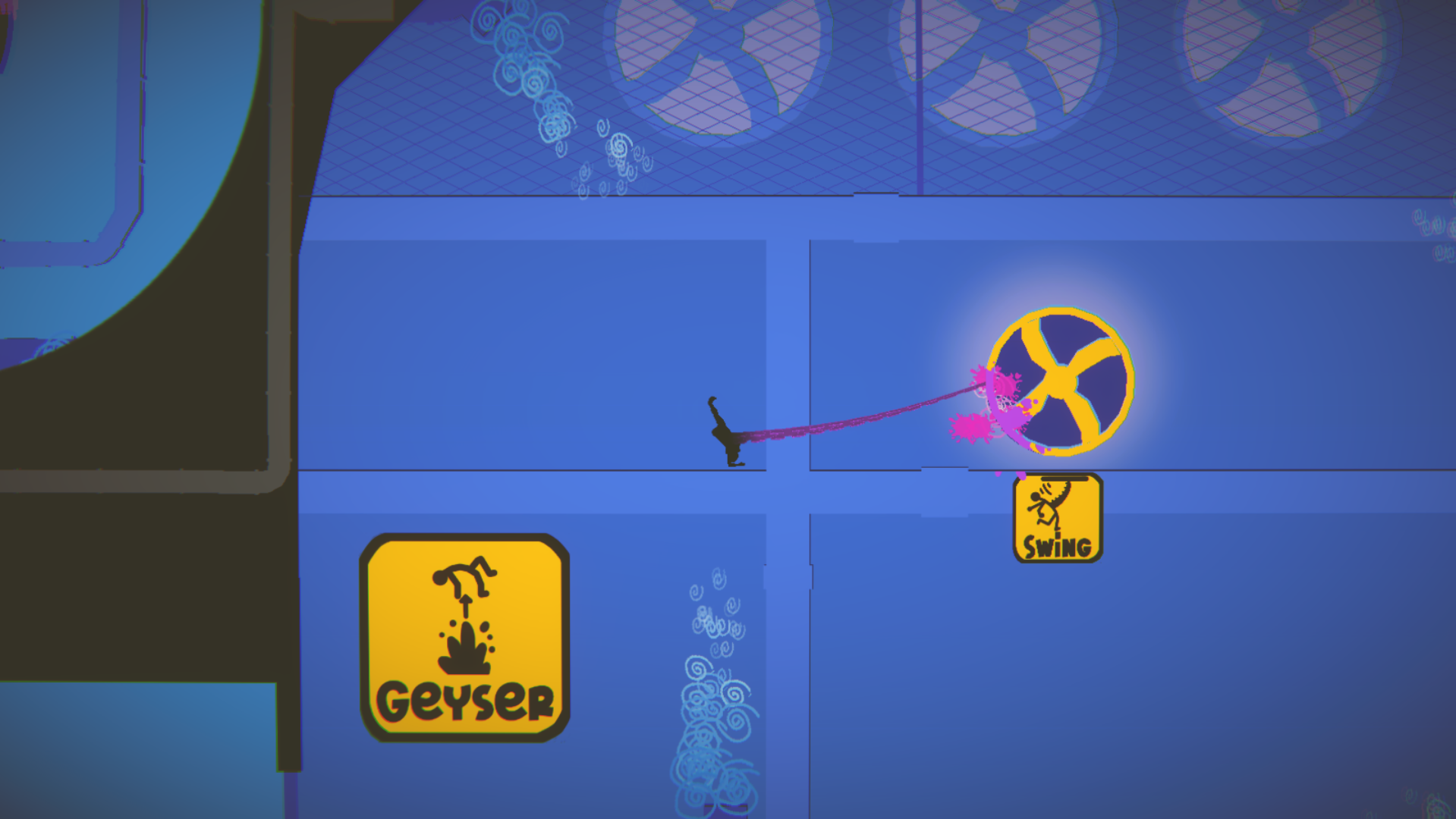 This is by far the longest project I’ve worked on, and as such has taught me a lot about what it’s like to work on a full scale production. Namely, how important organisation is. Using proper agile methodologies, utilizing sprints and SCRUM workflows has been key to the team’s success so far. I’ve also been with this project from the very beginning, and as such have learnt a great deal about how a game goes from initial conception, to a prototype, to a full scale project, and the work that goes into each of those steps. 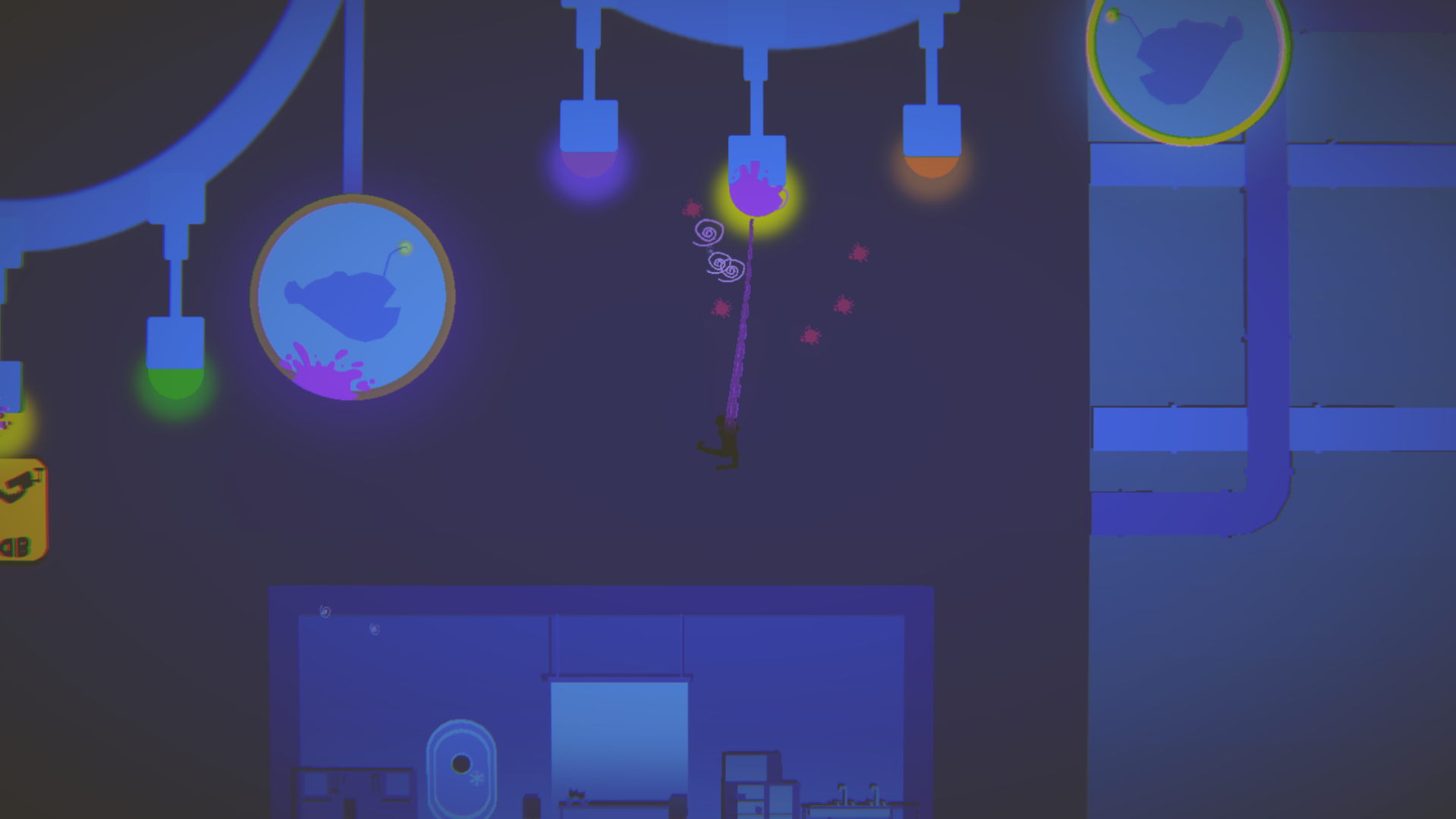